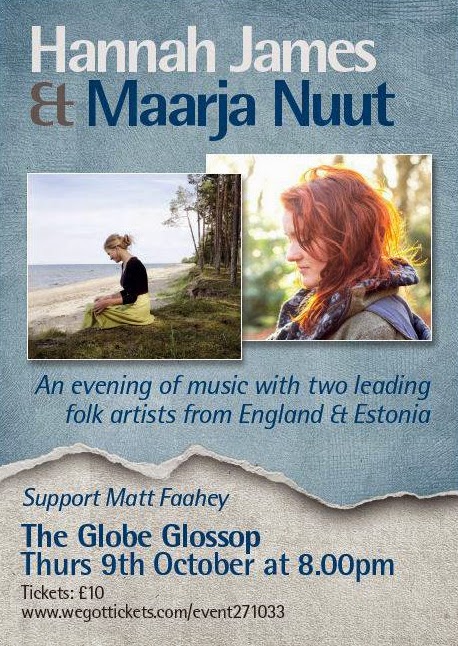 Hannah James: "A glorious celebration of some of England's finest and lesser known tunes and songs played with real commitment and understanding. A must!" Verity Sharp, BBC Radio 3, Late Junction

Maarja Nuut: “Quite often, in looking for the action in, or a way into, a place’s current tradition-rooted scene, one comes across a person who’s the key. Musically outstanding, questing and driven, not only in their own music but creating turning points within and beyond their milieu; a one to watch. And in Estonia’s quite young folk revival I reckon it could be violinist-singer Maarja Nuut." Andrew Cronshaw, fRoots)

Matt's interest in Irish music was fired by his Dublin-born father and his family in Ireland. Over the past forty years Matt has developed a huge repertoire of traditional songs into which he breathes new life with his rich, warm voice. In Britain and Ireland he is justly renowned as one of the most intuitive and sensitive backers of traditional tunes on guitar and he has performed with the cream of traditional musicians from Manchester and Ireland.
Website: www.thehousedevils.co.uk