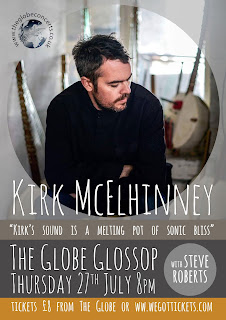 Kirk McElhinney is a passionate singer/song writer  whose soulful voice and insightful lyrics which together with a rich and vibrant mosaic of acoustic guitar picking give him a sound that is both unique and enticing. His concerts are always something of a one-off, due to his free-spirited jamming style and raw energy which captivates audiences everywhere he performs.

"New and fresh with a familiarity about it that took me back to music I had known and loved in the past." Daily Express

"Superb debut album. Got to be one of the best I've listened to for some time!!" RhythmMasterUK