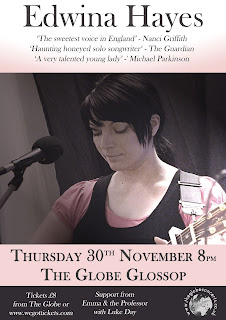 The Guardian - 'Edwina is a haunting honeyed solo songwriter'

Nanci Griffith - 'The sweetest voice in England. A wonderful young woman, so gifted and full of song'

Time Out - 'Sweet-voiced songwriter who has a fine line in gentle, country-tinged material'