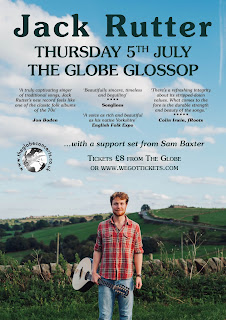 ‘A truly captivating singer of traditional songs, Jack Rutter’s new record feels like one of the classic folk albums of the 70s’

‘There's a refreshing integrity about its stripped-down values. What comes to the fore is the durable strength and beauty of the songs.’ - ★★★★★ Colin Irwin, fRoots

‘An astonishingly mature debut from this young folksinger; there is a heartfelt purity to his stripped-back approach.’

‘It has the confidence of an album like Nic Jones’ Penguin Eggs or Martin Carthy’s debut. But it doesn’t feel like an exercise in nostalgia or an attempt to revert back to a bygone ‘golden age’. In fact, Hills is a vital, enthralling record which I’m sure will creep into the speakers of anyone with a passion for folk, and hopefully the headphones of a new, broader audience too.’