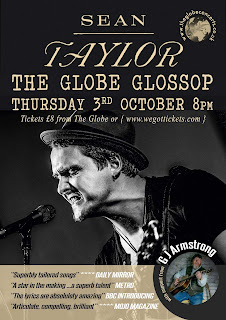 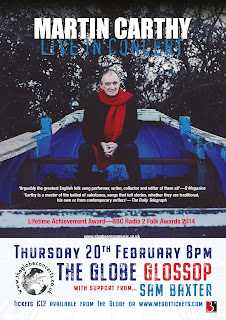 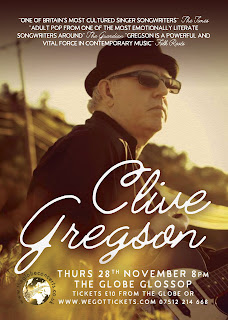 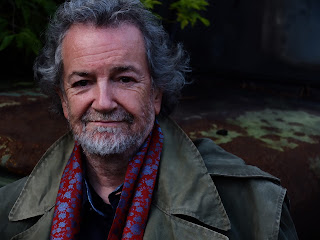 Tickets £10 from The globe or www.wegottickets.com

ANDY IRVINE is one of the great Irish singers, his voice one of a handful of truly great ones that gets to the very soul of Ireland. He has been hailed as "a tradition in himself".

Musician, singer, songwriter, Andy has maintained his highly individual performing skills throughout his over 50-year career.

Andy has been at the helm of legendary bands like Sweeney’s Men in the mid 60s, to the enormous success of Planxty in the 70s, and then Patrick Street, Mozaik, LAPD and recently Usher’s Island. Andy has been a world music pioneer and an icon for traditional music and musicians.

As a soloist, Andy fills the role of the archetypal troubadour with a show and a travelling lifestyle that reflect his lifelong influence, Woody Guthrie. To quote the Irish Times, "Often copied, never equalled", his repertoire consists of Irish traditional songs, dexterous Balkan dance tunes and a compelling cannon of his own self-penned songs. 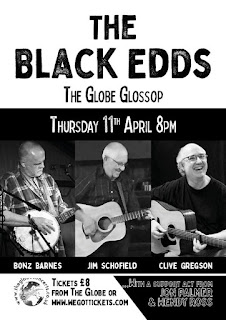 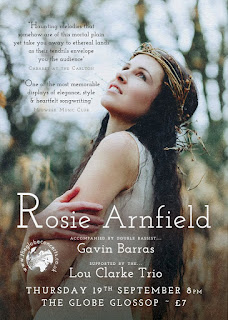 Rosie Arnfield is a songstress from Glossop, Derbyshire. With her piano she composes moody, melodic & heartfelt songs in a cinematic style that will transport you into her atmospheric dream world. Her songs are inspired by the beautiful Peak District that she so often strolls in, the passing of the seasons, as well as her travels around the world. Her influences include Judee Sill, Joni Mitchell, Lana Del Ray, Karen Carpenter & Goldfrapp.

For the first time Rosie hopes to be joined by double bassist Gavin Barras and Cellist Claire Babbington for this performance! 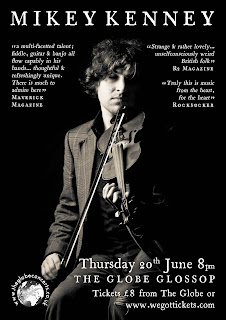 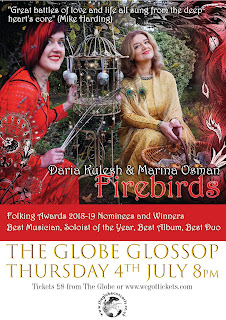 Marina Osman is Folking.com Musician of the Year (2019)

Daria's collaboration with the extraordinary pianist Marina Osman (originally from Belarus) started with a set of nostalgic Russian songs, mostly from classic Soviet-era films, combined with Russian folk favourites (commissioned by Pushkin House). Since then, the dynamic duo's successful partnership has extended to Daria's solo material, offering a fantastic variety for every listener regardless of their language and cultural background. Expect plenty of authentic Russian flavour, superb musicianship and heaps of heartfelt, infectious energy.